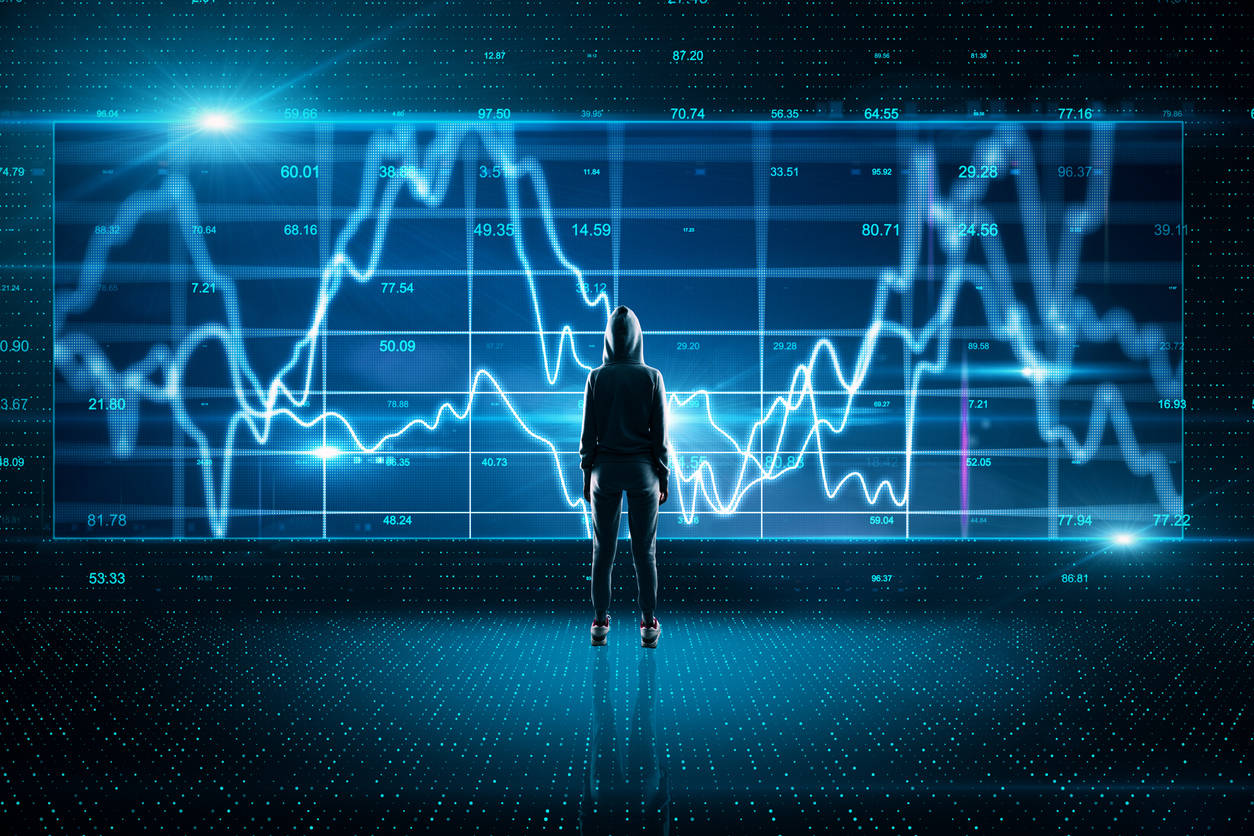 While ransomware needs no introduction as a cybersecurity threat, 2021 demonstrated that cybercriminals could disrupt anyone from individuals, the private sector, and even governments.

In 2021, cyberattacks hitting individuals, corporations and supply chains are on the rise. Ransomware attacks affected the ability of millions from accessing health care, fuel, and even the purchase of groceries.

We explore the ransomware trends for 2021 and their implications as we move into 2022. Is your business protected enough?

Here is a brief look at notable ransomware attacks carried out during 2021. We then dive into several other areas key areas such as the largest attacks of 2021, highest payout, and most common phishing attacks to be aware of.

Apex Laboratory, New York. The company disclosed the attack that actually happened in 2020 because stolen data turned up online. They were victims of a cyberattack that rendered specific systems encrypted and inaccessible (source).

Business payroll services company Prism HR has over 80,000 customers and 2 million employees, was attacked by Darkside. PrismHR suffered suspicious activity, which shut down their network and servers to protect system integrity. (source)

Fujifilm partially shut down its Tokyo headquarters in response to a ransomware attack. REvil and Qbot were likely behind it (source).

Italy’s Lazio region. The Italian vaccination registration system was knocked offline by the RansomEXX gang. The attack rendered every file in the system inaccessible. Affected residents were unable to book Covid-19 vaccinations (source).

Beaumont Health in Michigan was impacted by a cyberattack, and 1500 patients were informed that their data might have been compromised in the attack (source).

US-based trade publication and hosting company Sandhills Global was hit by the Marketo criminal gang. The company experienced disruption to its business operations when its hosted publications and phones went offline (source).

Community Medical Centers, Inc., a non-profit community health centre in Northern California, was obligated to notify 656,047 patients that their personal information was involved in a ransomware attack (source).

The highest-profile ransomware attack of 2021 hit Colonial Pipeline, the company responsible for almost 50% of the US East Coast’s fuel. This attack is possibly the largest to target the oil industry in US history. The DarkSide group executed the attack and took over the computer system that manages the pipeline.

The attack affected the company’s billing system, forcing Colonial Pipeline to pause operations. Within hours of the attack, Colonial Pipeline paid a US$4.4 million ransom with the FBI’s help. Later, the Department of Justice reported that it recovered 50% of the ransom payment.

JBS, the largest beef supplier in the world, was attacked by the REvil ransomware group in May 2021. The company was forced to halt operations, which impacted the food supply chain globally.

JBS opted to pay the ransom to ensure the files and data weren’t leaked. JBS’ CEO reported that the decision, while difficult to make, avoided risking its customers and clients. The company paid the US$11 million ransom.

In February 2021, DoppelPaymer demanded that Kia Motors pay 404 Bitcoins, which is equivalent to about US$20 million. The group threatened to publish Kia’s private data if Kia didn’t pay the ransom. Kia Motors America suffered a nationwide phone system and IT outage during this time.

Acer, a company specialising in hardware and software, was hit by a REvil ransomware attack demanding US$50 million. REvil shared some images of the allegedly stolen files on the dark web. The leaked images included a spreadsheet showing the company’s finances. According to some, the leak also had bank balances.

The Conti ransomware group attack on ExaGrid captured 800GB of confidential data, including contracts, client records, and source codes. ExaGrid paid US$2.6 million to reclaim its files and data.

All of the companies mentioned above paid hefty ransoms. However, the most prominent ransomware payout of 2021 reported by Bloomberg was paid by CNA Financial Corp. CNA Financial is among the largest insurance companies in the US. They paid hackers $40 million after an attack blocked its access to its network and stole its data.

CNA called in outside experts and law enforcement to investigate the attack. Even with this assistance and against the FBI’s recommendation, CNA negotiated with hackers and agreed to pay $40 million in ransom. It’s believed that a group called “Phoenix” was behind the attack.

Cybercriminals use phishing attacks to capture sensitive data and gain system access before beginning their main ransomware assault. Below are five of the most common phishing attacks.

Most phishing attacks are sent via an email that mimics an actual organisation. The hacker can send hundreds of thousands of generic emails in a single day using automation.

Often, the email will contain several legitimate links or legitimate code along with malicious counterparts. This allows the malicious link to pass through the email security filters. Alternately, the email may contain viable links mixed with malicious ones. Many people will spot-check a few links but not scrutinise each one. There will be that one link that seems to take the user to the communication settings page when it actually takes them to the hacker’s site.

Spear phishing is more complex than simple email phishing. It involves sending a targeted and personalised email to a specific person. The agent uses social engineering to tailor and personalise the email to their intended target. They use email subject lines that interest the recipients and trick them into clicking on attached files or links.

Whaling attacks target senior executives due to their positions within the company. While the goal of obtaining information or access is the same, the messages are more subtle. The goal is to fool executives and trick them into providing corporate-level information.

Email remains the primary delivery vehicle for phishing attacks, but vishing attacks (also called voice phishing) happen in the form of a phone call. The victim receives a phone call that sounds like it’s coming from their credit card company or some other typical service to which most people subscribe.

The phone call often begins as an automated call that then re-routes the individuals to the criminals themselves, posing as customer service agents. They inform them of a fake issue and then ask the victim to “verify your information.” This is the point where they get what they came for.

Smishing, for SMS phishing, is delivered to the intended target’s mobile phone as a text message. These malicious text messages trick users into clicking a malicious link and handing over sensitive information. The message could be disguised as something like a missed delivery or an urgent need to contact “customer support.”

Cybercrime experts constantly study the trends of current and past years to prepare for the next. Coming up are some expert predictions and recommendations for 2022.

In response to the Colonial Pipeline attack, US President Biden issued an Executive Order. Industry regulation, however, has been voluntary. Regardless, cybersecurity discussion has entered the White House and government boardrooms around the world.

Operational technology and connected and IoT devices are less protected than other IT environments. Malicious agents will likely attempt to compromise critical connected devices like medical systems. They may even expand to denial-of-service attacks along with data encryption.

Due in part to the Kaseya attack, security analysts predict that we will see more supply chain attacks in 2022. In these instances, hackers target a service provider and potentially gain access to thousands of customers. These may even include attacks initiated by nation-states as well as private criminal entities.

Security analysts predict a boom of successful ransomware attacks in 2022 due to A.I. and machine learning creating more targeted and sophisticated attacks.

By studying the major ransomware attacks of the year and the trends that emerge from such studies, cybersecurity professionals can make predictions for 2022. Securus Communications can help your business with every aspect of IT security.

From secure SD-WAN, SASE and penetration testing to cloud-based air-gap immutable backup storage, Securus has a security solution to suit your requirement and budget. 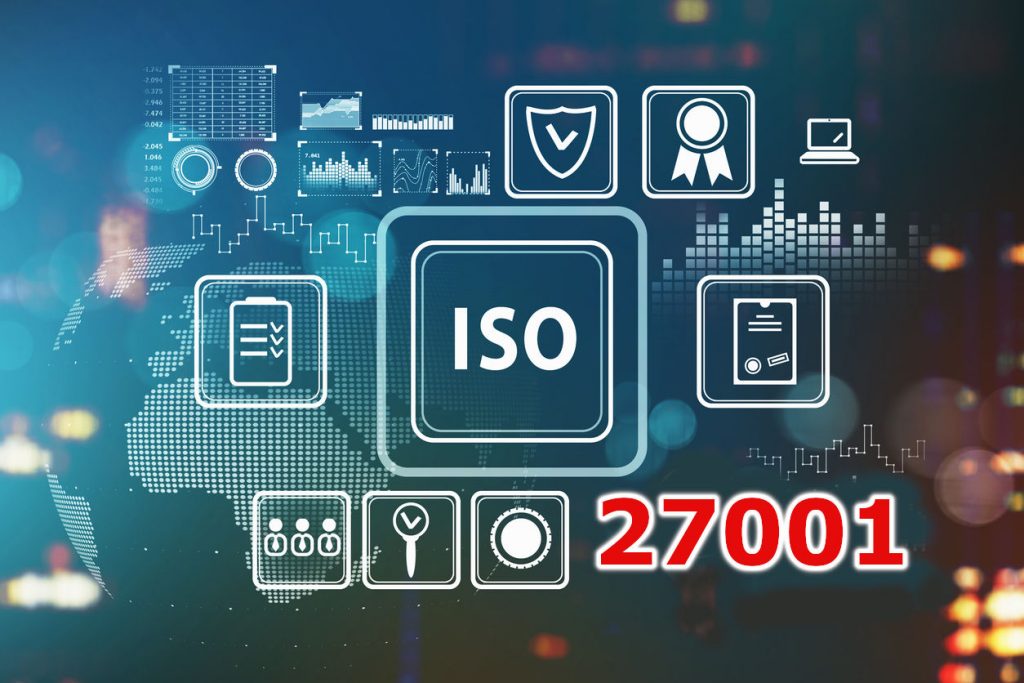 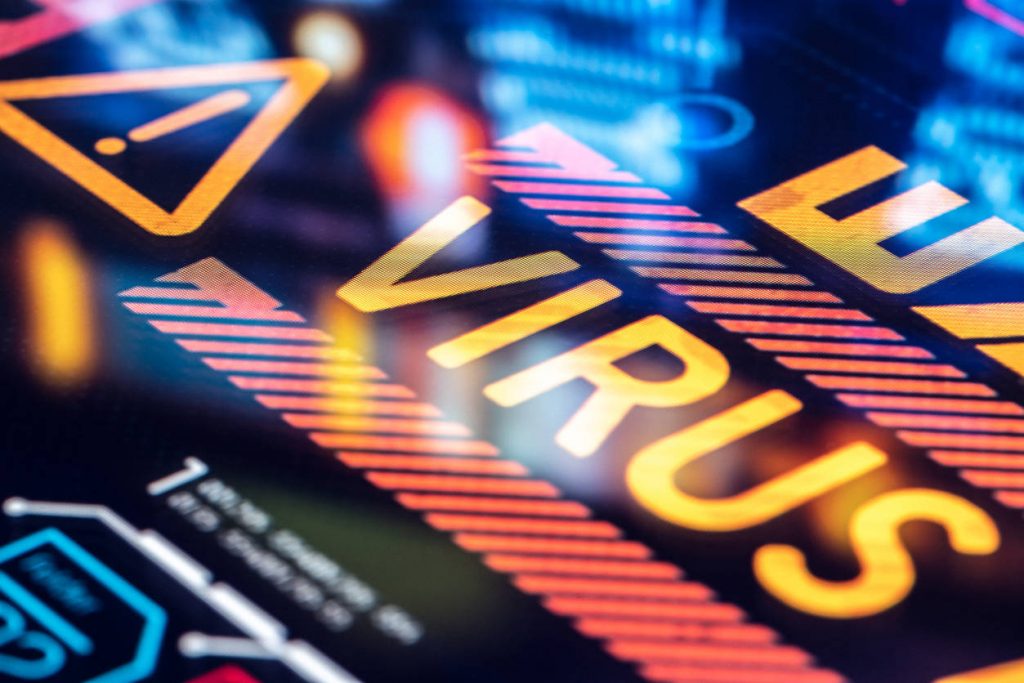 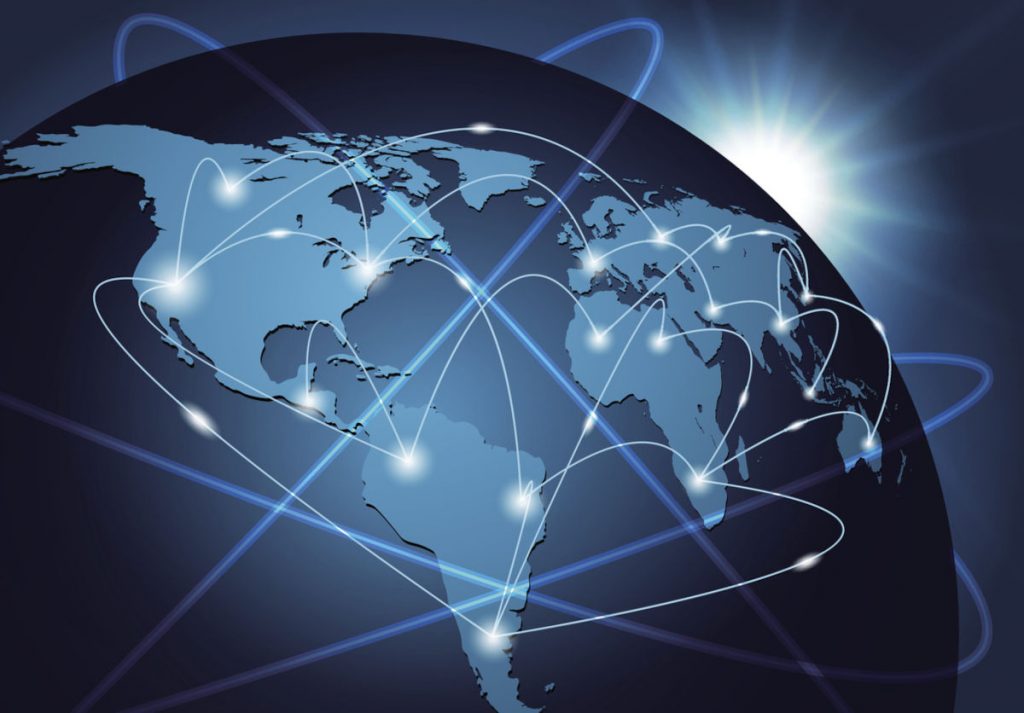 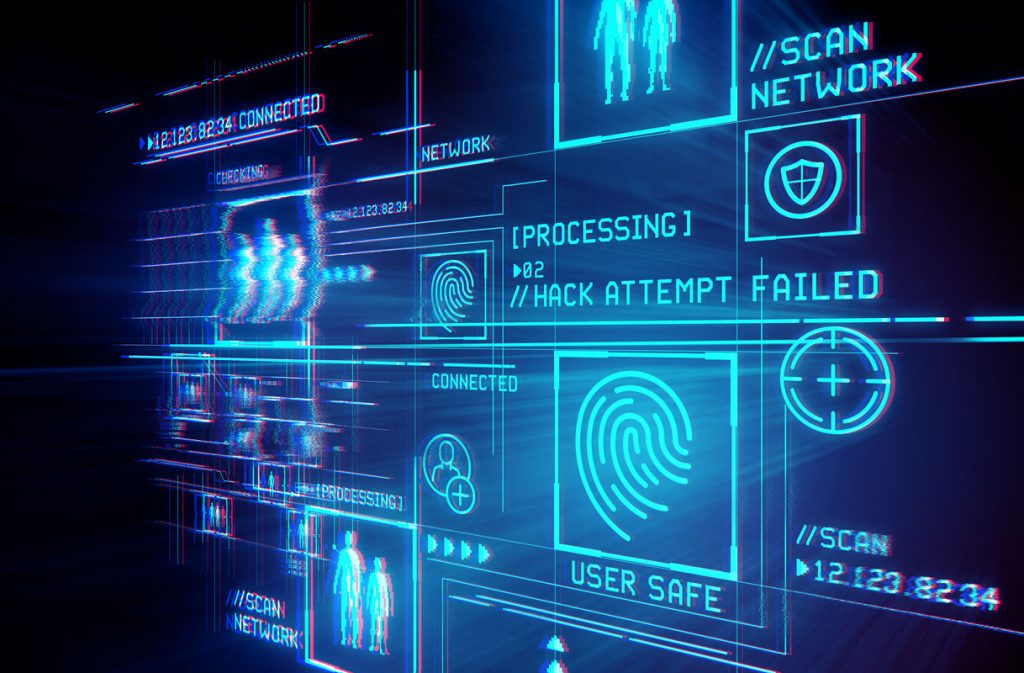 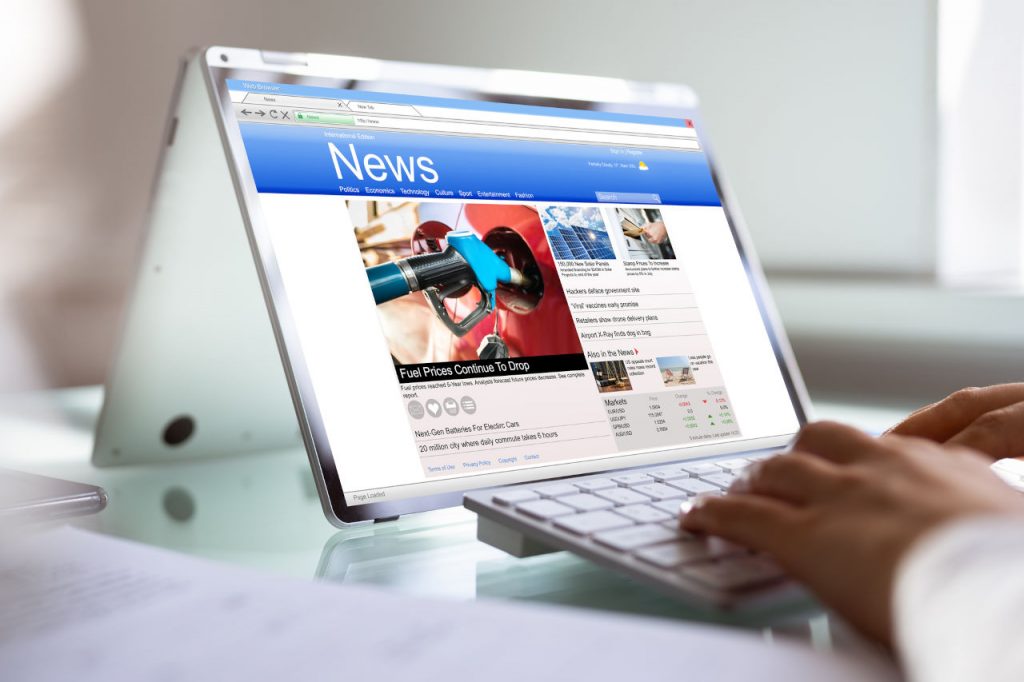 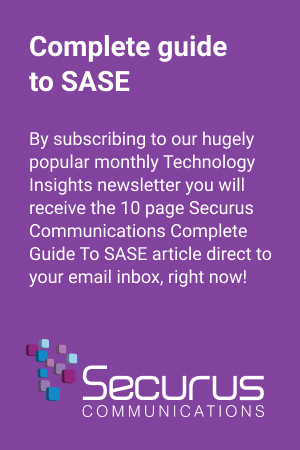